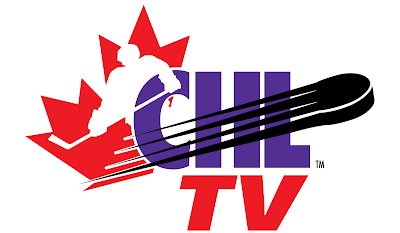 While the Canadian Hockey League has yet to make any official announcement, it appears streaming junior hockey online just became much more affordable.

All three CHL leagues will be part of CHL TV this season. This week, pricing was posted on the streaming service, with league season passes costing $109.99 while a full CHL all-access pass will cost $159.99. Those prices do not include taxes and other fees. 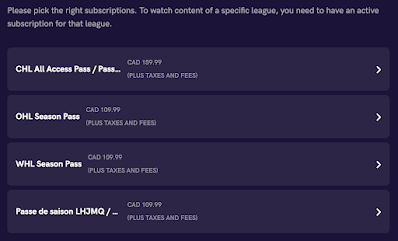 Each pass is good for live and archived games.
Many season ticket members across the league have been sent discount codes for the streaming service.
Last season, a monthly pass to watch QMJHL games through Neulion's QMJHL Live was $39.99 while individual games were $7.99.
The WHL used the CHL TV service last season. There were some bumps along the way, but overall it was a pretty good. The expectation is that many of the hiccups and complaints from last season were resolved over the summer.
The QMJHL has been using Neulion since the 2014-15 season. The league was expected to make the switch to Verizon - the host of CHL TV - last season, but it all fell apart late in the process. The new webcasts were expected to have a higher minimum standard in each rink, giving fans a much better broadcast experience.
Along with a new streaming platform, CHL games will also be broadcast nationally on TSN, CBC and RDS this season instead of Sportsnet and TVA Sports. Rogers TV is not expected to be broadcasting games locally in New Brunswick this season, but that has not been officially announced.
Jamie Tozer at 9:05 PM
Share