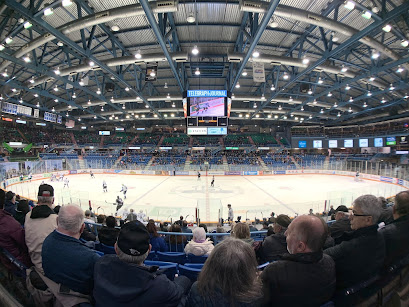 The Saint John Sea Dogs became on of the first QMJHL teams to release detailed information on season tickets for the COVID-19 impacted 2020-21 season on Tuesday.
Season tickets will be much different than in past seasons, obviously, and they'll also be quite a bit more expensive.
Adult season ticket memberships have been priced at $575, an increase of $76 compared to the 2019-20 season. This upcoming season will also feature four fewer home games due to the schedule being cut to 60 games.
Here's a comparison:
"With the limited number of fans in the arena, and the growing cost of ensuring safety for our fans, players, and staff, prices have changed for this season," read the Sea Dogs news release.
A lot of fans are struggling financially through this pandemic. The price increase is unfortunate, but junior hockey teams, like many businesses, are going to struggle to survive over the next year or two. A lot of businesses will be making similar price increases with their product, no doubt - and it's not like the Sea Dogs can simply say "let's sell more tickets."
According to the news release, TD Station's capacity will be around 25% of seats - which means around 1,500 fans or so. That's less than half of last season's average attendance of 3,345 fans.
There's a strong chance only season ticket members will be watching live games in Maritime arenas this season. "We anticipate that only those who have season tickets will be able to get a seat at the Sea Dogs games this year," said the team.
Fans can also expect a change in seat location due to social distancing requirements.
"Some of the bigger changes include very limited capacity (around 25% of seats), social bubbles, and masks once you get inside TD Station," read the release. "Also, because of all the changes to the seating plan, you shouldn’t expect to sit in your same seat, and possibly not in your same section as last season."
A few other tidbits from the team's Q&A regarding tickets:
The Sea Dogs are scheduled to play their first regular season home game on Saturday, Oct. 3.
Posted by Jamie Tozer at 11:07 PM